On the western banks of the Kootenai River at Montana's lowest elevation point, Troy and its surrounding wilderness area offer pristine, unsettled country, attractions like the Troy Museum and Visitors Center and Ross Creek Cedar Grove, and a groomed snowmobile trail that connects Troy with Libby, MT. Each year, Troy marks Independence Day with its Old Fashioned 4th of July celebration.

A must-see stop in northwest Montana is the Ross Creek Cedar Trail, home to Western Red Cedars that are more than 200 years old. Take a walk along the self-guided nature trail as it makes its way one mile through the grove.

Because of the deep ravines, dense forests and the steep mountains that characterize this area, the southern loop of the Kootenai was known as the Montana Wilds. Its ruggedness along with the fear of Indians kept it unsettled until gold was discovered in the mid 1860s. But not until the Great Northern railroad establish a freight division on the current town site, did it really begin to flourish.

In 1910, the great forest fires that raged through the area almost claimed the town. Railroad hoses soaked the downtown buildings while a locomotive was kept steamed up ready to evacuate the remaining residents and crews should the fire overtake them. A little luck and a shift in the wind saved the town.

There is some disagreement over how Troy got its name. Some say it took its name for a civil engineer working for the Great Northern. Others think the town was named for the Troy weight system, which was used to weigh silver and gold. Still others say that E.L. Preston named the town for Troy Morrow, the son of a family that was providing him with room and board while he surveyed the area for track and laid out the town site. It is this latter theory that is most accepted. 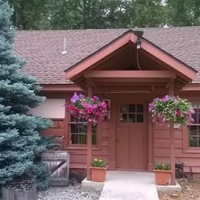 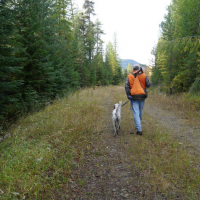 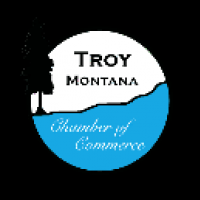