Anchoring the Bitterroot Valley, the well-rounded town of Hamilton—the valley's largest community—offers theater, live music, local breweries, golf, a hopping downtown and easy access to hiking and backpacking in the Bitterroot Mountains. After strolling through downtown, be sure to stop by the Daly Mansion—original home to one of Montana's Copper Kings, Marcus Daly.

Be sure to make a visit to the Daly Mansion. Tours are available during the summer, with guides giving you a look into the past of one of Montana's most famous families.

Originally the Bitter Root Valley was the home of the modem Salish (Flathead) and Pend d'Orcille Indians. It was claimed for the United States in 1788 in the Oregon Country Acquisition and explored by Lewis & Clark during their expedition in 1805 - 06. St. Mary's mission in Stevensville was the first permanent white settlement in Montana, founded by Jesuit priests in 1841.

Marcus Daly the copper mining magnate, came to the valley in search of timber to supply, his mines. He needed a mill to serve the timber operations and a town to serve the mill. He made this his summer home and in 1887 acquired large tracts of land termed the Bitter Root Stock Farm, which was devoted to his hobby of breeding and racing thoroughbred horses. The town of Hamilton was incorporated in 1894 and was named after James Hamilton, a Daly employee, who platted the town along the route of the Northern Pacific Railway in 1890.

Hamilton was a company town revolving around the activities of the large Anaconda Copper Mining the Bitter Root Stock Farm. Most of the residents worked for the Daly interests, lived in "company" homes and shopped in "company" stores. By the time Daly died in 1900, it was the commercial center of the Bitterroot Valley and the seat of Ravalli County.

Marcus Daly began development of an irrigation network that, after his death, gave rise to the "Big Ditch Boom" that ran from 1906 through 1915. The grandiose irrigation and land development scheme was fueled by speculators from the East and Midwest, who invested big money to build the Big Ditch irrigation system. The subsequent "Apple Boom" was fueled by slick salesmen with often misleading literature who promised fertile land and a good climate for growing fruit trees (mainly apples) which, in turn, brought many unsuspecting farmers to the region. From 1907 to 1911 the town's population jumped from 1,800 to 3,000.

Tile Anaconda Copper Mining Company Mill closed down in 1915 after running out of accessible timber. By 1917 financial problems plagued the ditch builders and the boom went bust. The orchard farmers became disillusioned and many moved away. Although the economy went into decline the town survived through farming and timber production. Truck gardens produced fruit, berries and vegetables, dairies were known for their butter and ice cream, and farmers grew celery, sugar beets and potatoes. The U.S. Forest service employed others in their stewardship of thousands of acres of government owned timber land.

Hamilton's period of economic decline did not fully recover until 1927 when the Rocky Mountain Laboratory was established to research the cause of Rocky Mountain Spotted Fever. Contrary to other parts of the nation, Hamilton enjoyed considerable growth during the depression years of the thirties until World War II.

Hamilton and Ravalli County (35,156 residents) have been going through a period of 40% growth in the 1990s' as the nation's population shifts from urban cities to the non-urban "new west" in search of a better quality of life. This time a new generation is drawn to Hamilton because of clean air and water, the open space, and the recreational opportunities of the mountain and the streams. 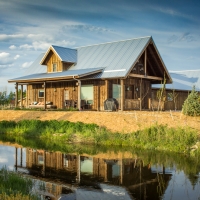 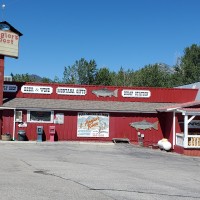 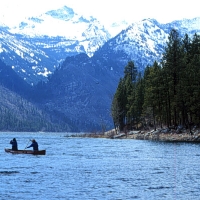 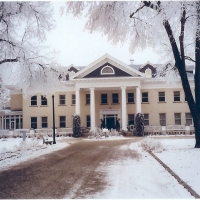 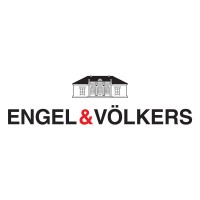 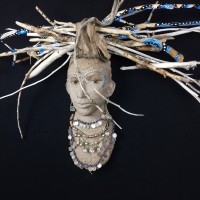 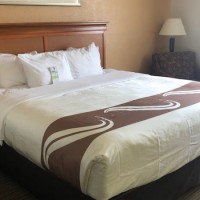